Nepal – an amazing place to visit as a traveller. Find out more about this remote country whose Flag is the only National Flag that isn`t square or rectangle! 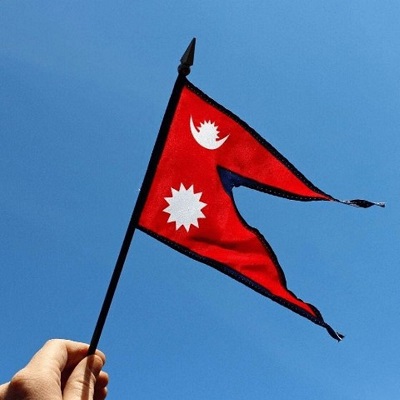 Nepal, officially the Federal Democratic Republic of Nepal, is a country in South Asia.
It is mainly in the Himalayas, but also includes parts of the Indo-Gangetic Plain.
With a population of 27.5 million, it is the world`s 49th largest country by population and the 93rd largest by land mass.

A landlocked state, Nepal shares its borders with two dominating land masses and national powers – India and China –
yet it still manages to retain a vibrant culture that is distinctly its own.

Nepal is one of the world’s youngest democracies. 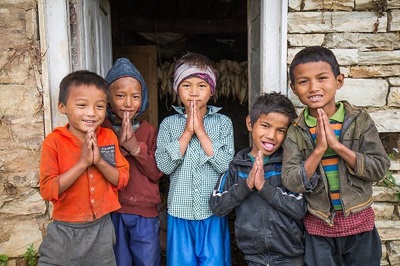 Namaste from the Children of Nepal

A quarter of the population live on less than $1.25 a day!
Recent conflict meant the country is struggling to overcome the effects of a decade-long civil war.
Natural disasters have also made it especially hard for communities to lift themselves out of poverty.
Two earthquakes struck the country in April 2015, when more than 9,000 people died and 23,000 were injured.
As a result, nearly a third of the population were affected. 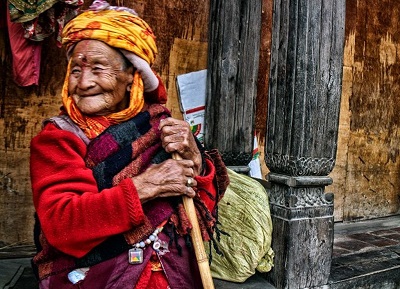 Portrait of an Old Resident of Nepal

Largely rural, Nepal has a tradition of migration for work, but it also has a serious trafficking problem.
As many as 15,000 young women are taken every year to work in brothels in India. 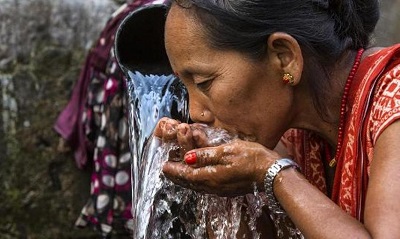 •   Agriculture is Nepal’s principal economic activity.
•   Cows are the national animal of Nepal and their slaughter is banned.
•   Beware, the left hand must NOT be used for eating in Nepal.
•   Momo, a type of dumpling, is perhaps the most popular “fast food” in the country. 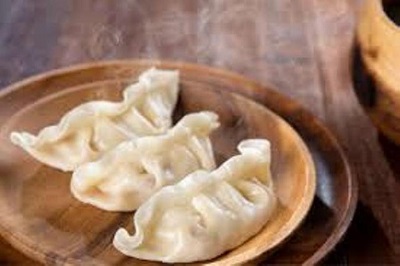 8 out of 10 of the world’s highest mountains are found within the relatively small 143,000 km2 that Nepal occupies – including the world`s tallest, Mount Everest at 8,850 metres.
Sagarmatha, is the Nepali word for Everest, meaning “Forehead of the sky”.

Kathmandu, Nepal’s capital, is set in a valley surrounded by the Himalayan mountains.
With a population of just over 1 million people. 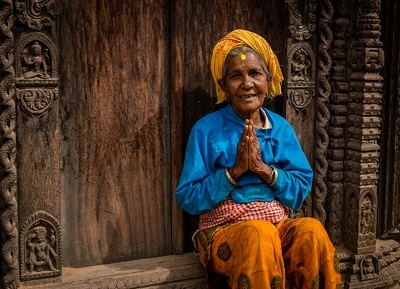 At the heart of the old city’s maze-like alleys is Durbar Square, which becomes frenetic during Indra Jatra,
a religious festival featuring masked dances.
Many of the city’s historic sites were damaged or destroyed by a 2015 earthquake, but
Durbar Square’s palace, Hanuman Dhoka, and Kasthamandap, a wooden Hindu temple, are being rebuilt. 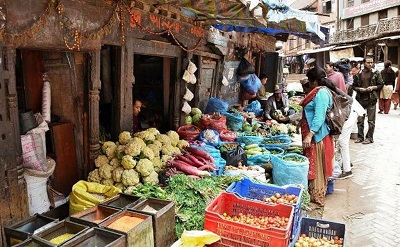 Crafts are an important part of the local ecomony, particularly for disadvantaged female workers.
In Kathmandu, a Fair Trade producer group is making these Totally Bobbles felt shoulder bags from 100% wool.
How cute are these… 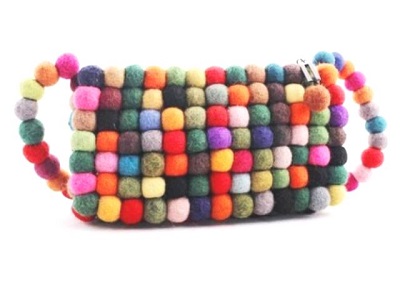 Have YOU ever been to Nepal?
Do you have any stories to share?
If so, please use the Comments section below.

And finally, if you are ever in the Southport, Merseyside area, do visit Great Himalayas Nepalese Restaurant on Lord St.
It is quite simply superb.